Almost fifty years ago I bought a Mercian from Action Sports in Beaverton, Oregon USA.

Almost nothing I’ve ever bought has lasted as long or brought me as much pleasure. I have no idea how many thousands of miles I’ve ridden it, but probably the longest lasting benefit was riding in north to south across the state of Oregon to see a tall blond violinist play in an outdoor music festival in 1976. She tied a black ribbon around the top tube when I left for home.

Sadly, my body has failed to the point that I can no longer ride, but the bike, the ribbon and the violinist are with me still.

Many thanks for your fine craftsmanship. Keep it up! 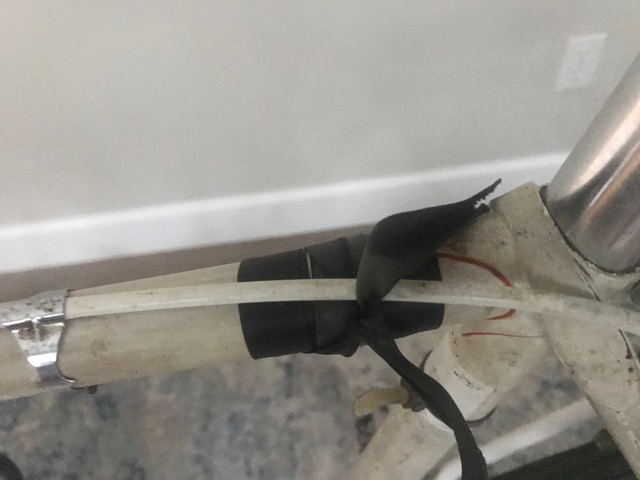 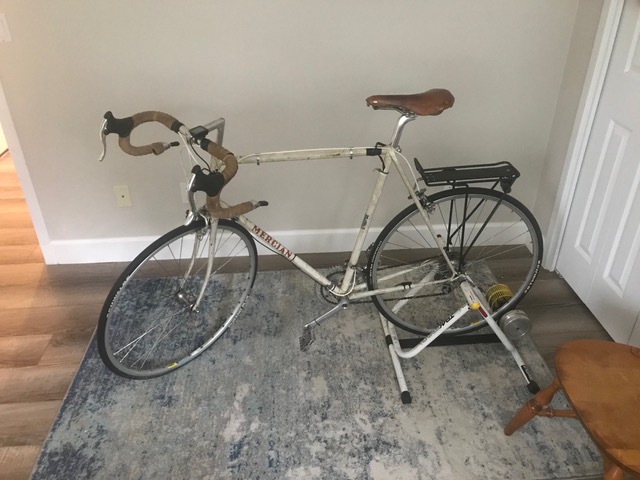 I’ve attached a photo of the bike as it is now, on a wind trainer in my office.  Since nerve damage took away the use of my left foot, I’m no longer comfortable on the road, but the bike serves me still, helping me keep my mental and physical health.

The ribbon wrapped around the top tube was put there by a lady who I rode 300 miles to see  –  a trip that included Oregon mountain passes in temperatures of 100 F.  That was 1978 but the memories are still vivid!  Twenty years later we were able to marry — one of many things the Mercian brought into my life, and certainly the best.
In 1980 I was making pottery for a living — not much of a living! — but I scraped together enough money to take the Mercian to England.  After a train to York, I rode over to the Lake District, then down to Cornwall and out to St. Ives, visiting British potters along the way.  From there I rode across Devon, taking the train from Exeter to London to meet a childhood friend who was also in England for a few days, then back to Exeter to pick up the bike to finish the trip eventually at Heathrow..  The trip took a month and cost (at the 1980 exchange rate) about $1000 US.  I can’t remember where the Churchill photo was taken. 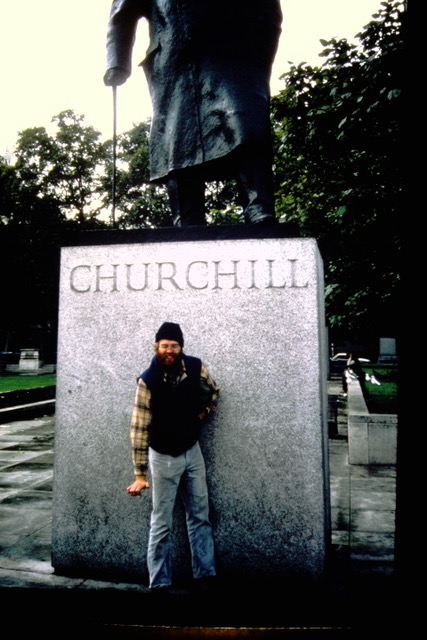