Thanks for all your efforts with the forks. The bike is now built up and test-ridden, so I’m attaching a few photos and some text in case you’d to add something about it to your Gallery or Blog sections.
The frame – model unknown – came to me from my stepfather Andy, who’s shown in the first and second photos. (In the second he’s checking my work, and yours.) Andy bought the bike used in the early 1970s: it travelled Land’s End to John O’Groats with him, went on touring holidays in France, did club runs, time trials and commuting. At one time he had a collection of over 30 bicycles, including penny farthings and other esoterica; the numbers thinned down over the years, until only the Mercian was left. When Andy passed it on to me, we realized from the frame number that it had been made the year I was born, and more or less in the same month – it might be a few weeks older, but probably not much more.
Back from Mercian after a Corona-interrupted restoration, the frame and forks look new: even on the inside of the tubes there’s zero sign of corrosion. I’ve built it up with a mixture of vintage bits that had been stripped off it and modern parts from the shelves in my garage. I’m sure the downtube shifters with 10-speed Ultegra probably look odd to some eyes, and will make the toes of traditionalists curl in embarrassment, but I’m really enjoying the combination of old-school shifting and modern ratios. (I was very relieved to find that the old Suntour Power shifters will handle 10-speed cassettes – for anyone wondering, I think 10-speed would be their limit.)
The bike rides beautifully: it handles well and is wonderfully smooth over the bumpy, rutted Sussex backroads. I’m next planning to take it to the Alps, for a retro-flavoured meeting with my friend David and his old Colnago Master.
All best,
Paul. 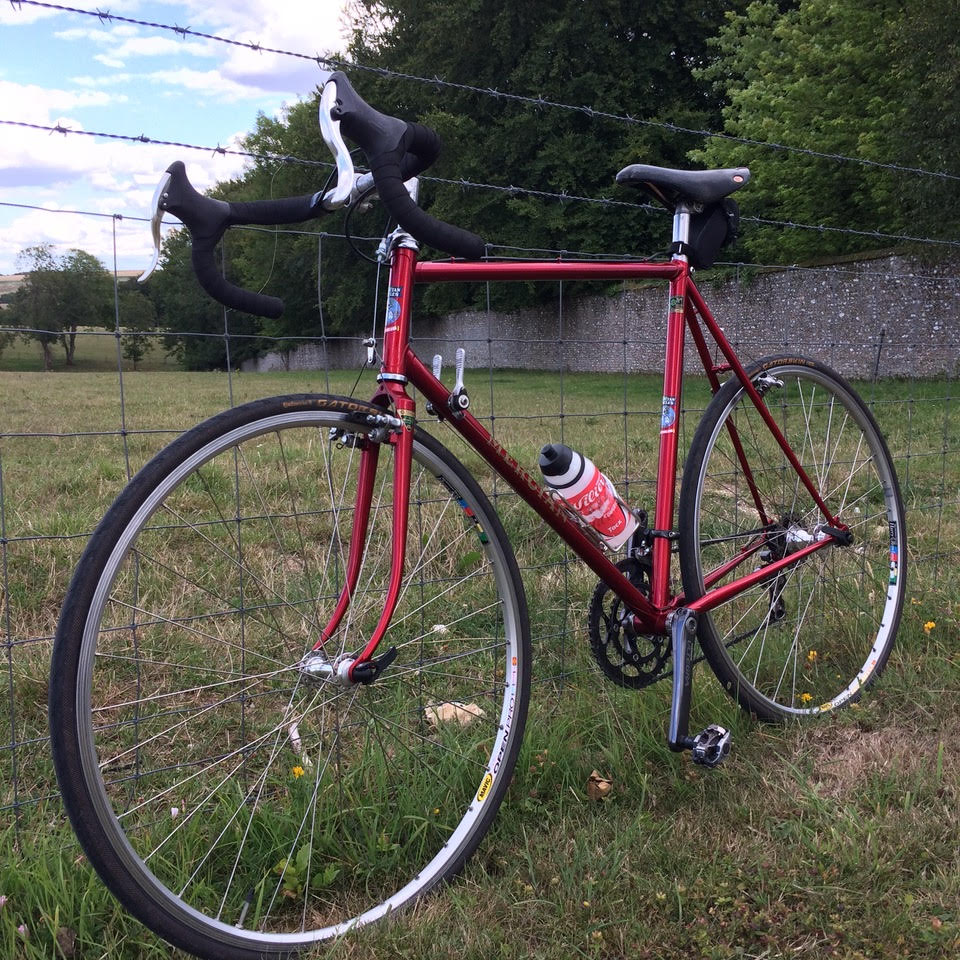 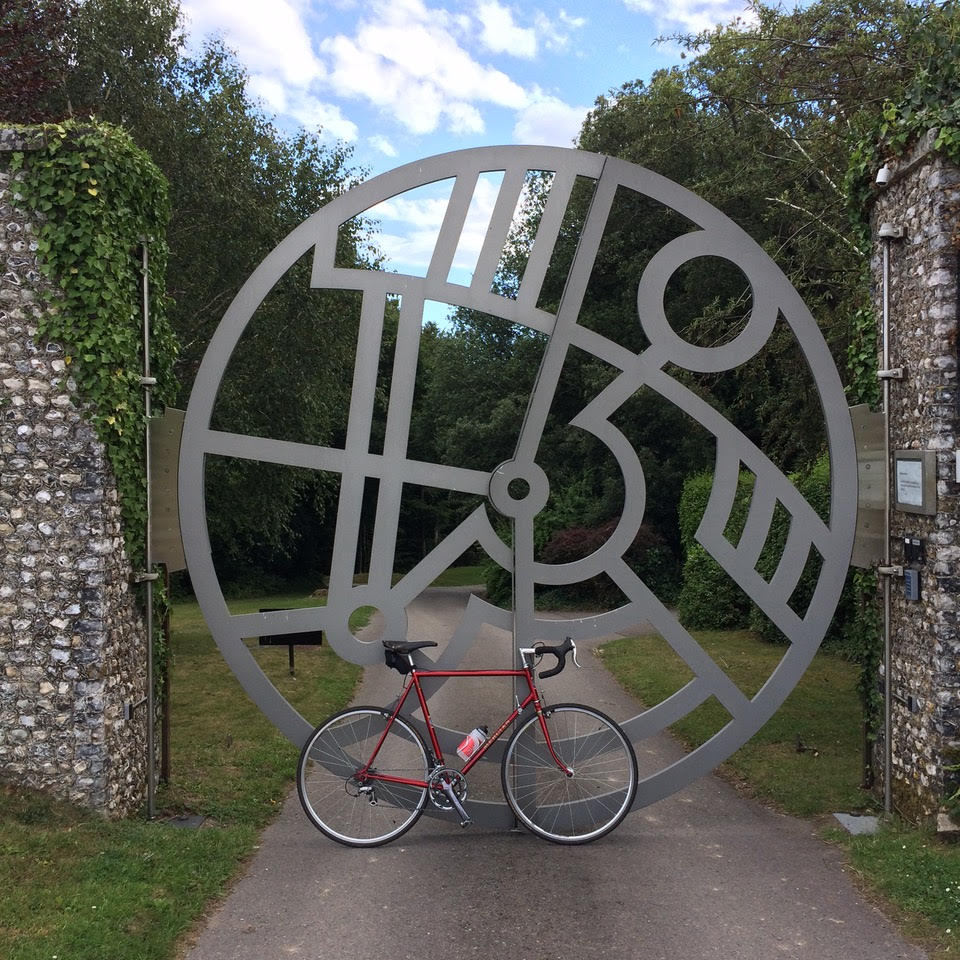 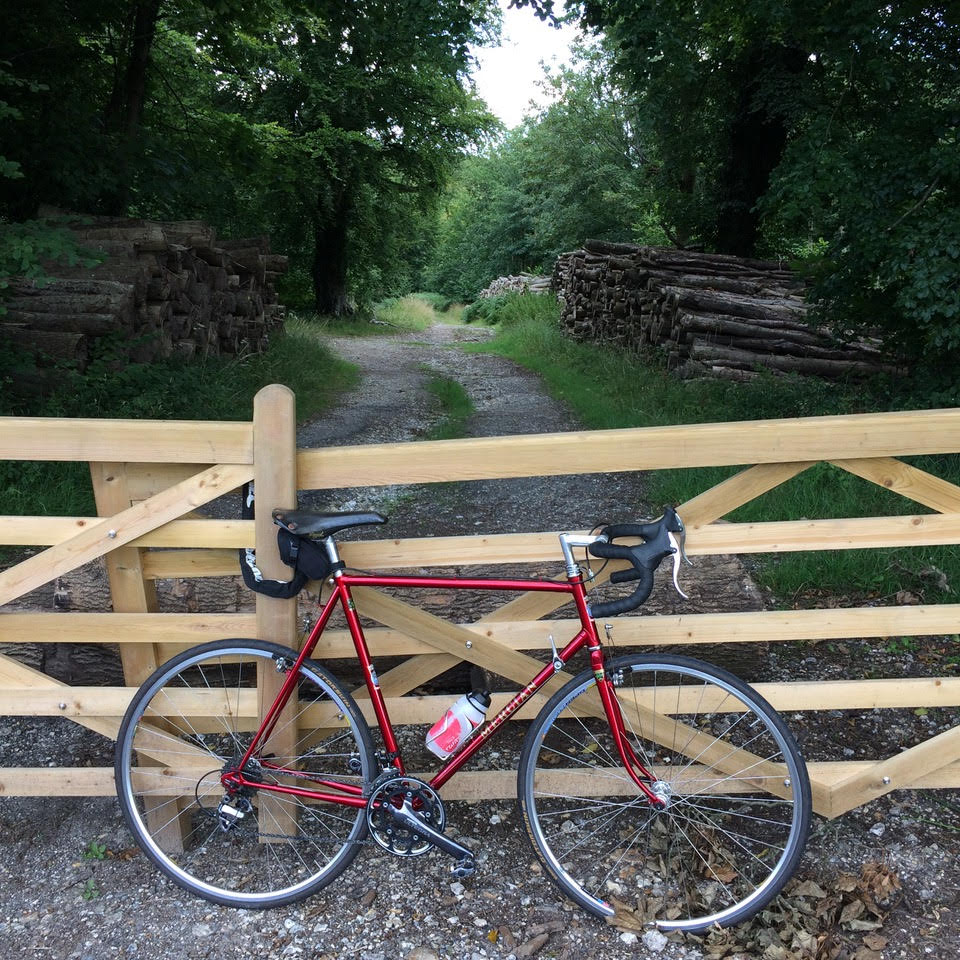 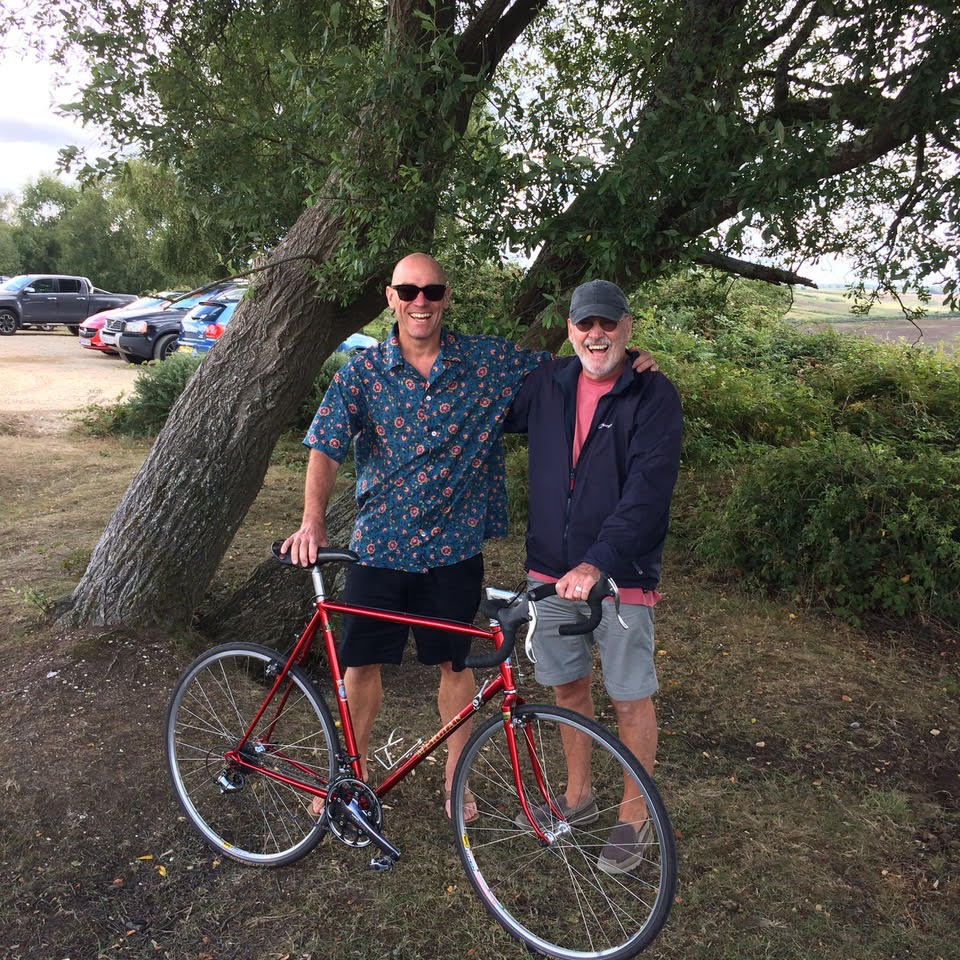