We Instagramed a picture of this 1952 Mercian bike, which was bought NEW from the original Mercian shop, a Whitemeadows Mercian frame. The original owner, Alan Gifford, decided recently to part with his dearly loved Mercian and found it a new owner who would look after it, as he had for the past 67 years.

Alan recently visited the Mercian workshop and told us the history of the frame and bike so that we can restore it for the new owner, who is keen to keep it as original as possible and where possible restore it to Alan’s original specification.

Alan told us that he worked hard picking carrots to pay for his Mercian Whitemeadows frame, and as most people did, he bought the parts over time and built the bike himself. The bike is pretty much original as you see it in the picture, only the parts replaced that had definitely worn out, including the original Gnutti Cranks. We took Alan’s photograph in the workshop with the bike before we strip it down for renovation. 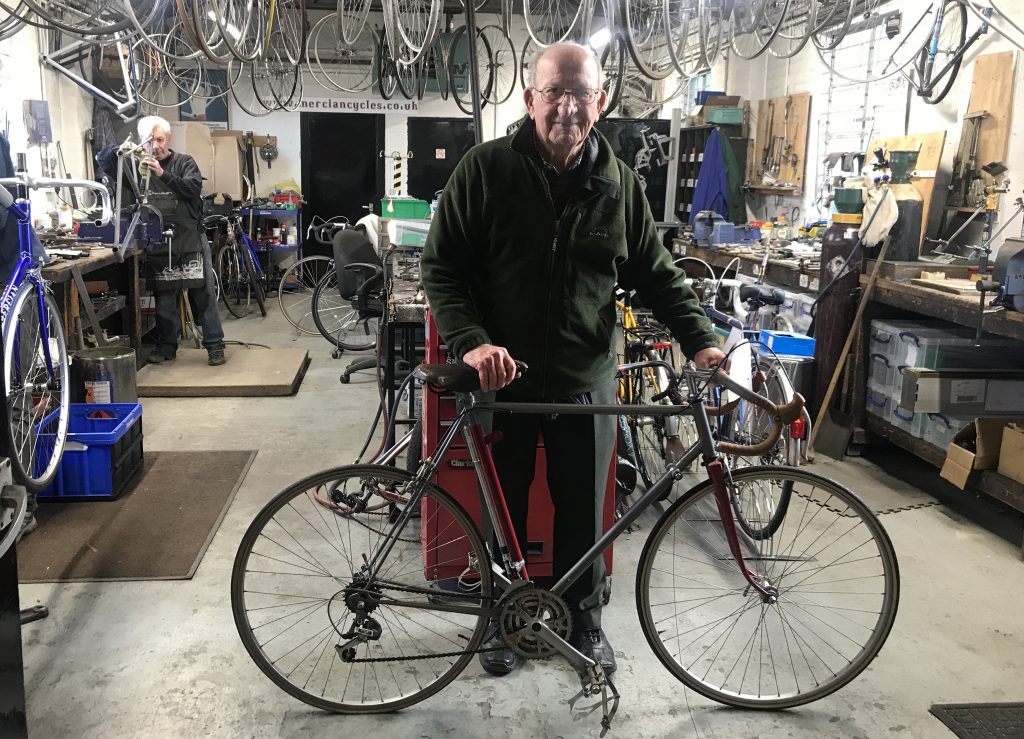 Alan shared some great pictures of him riding his Mercian and told us that the Whitemeadows was named after a race, sponsored by the Derby Mercury RC, starting and finishing in Ashbourne.(See an advert from 1947 below). We checked a recently acquired pdf copy of a 1952-1956 Mercian catalogue and found the Mercian Whitemeadows specification in there! 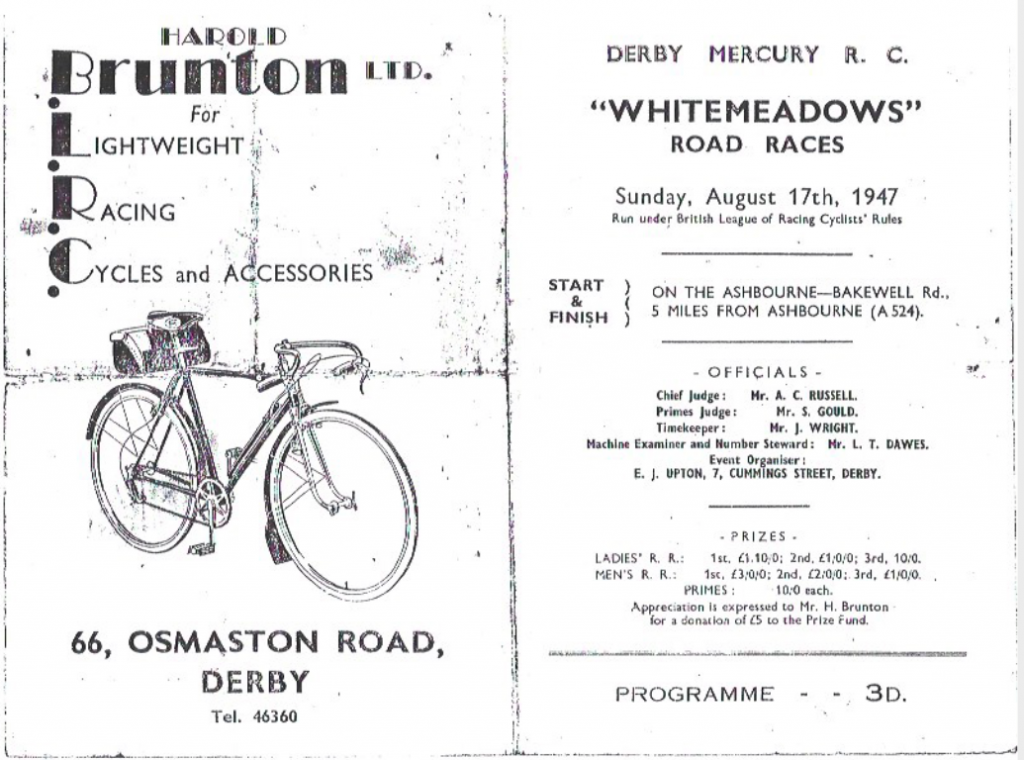 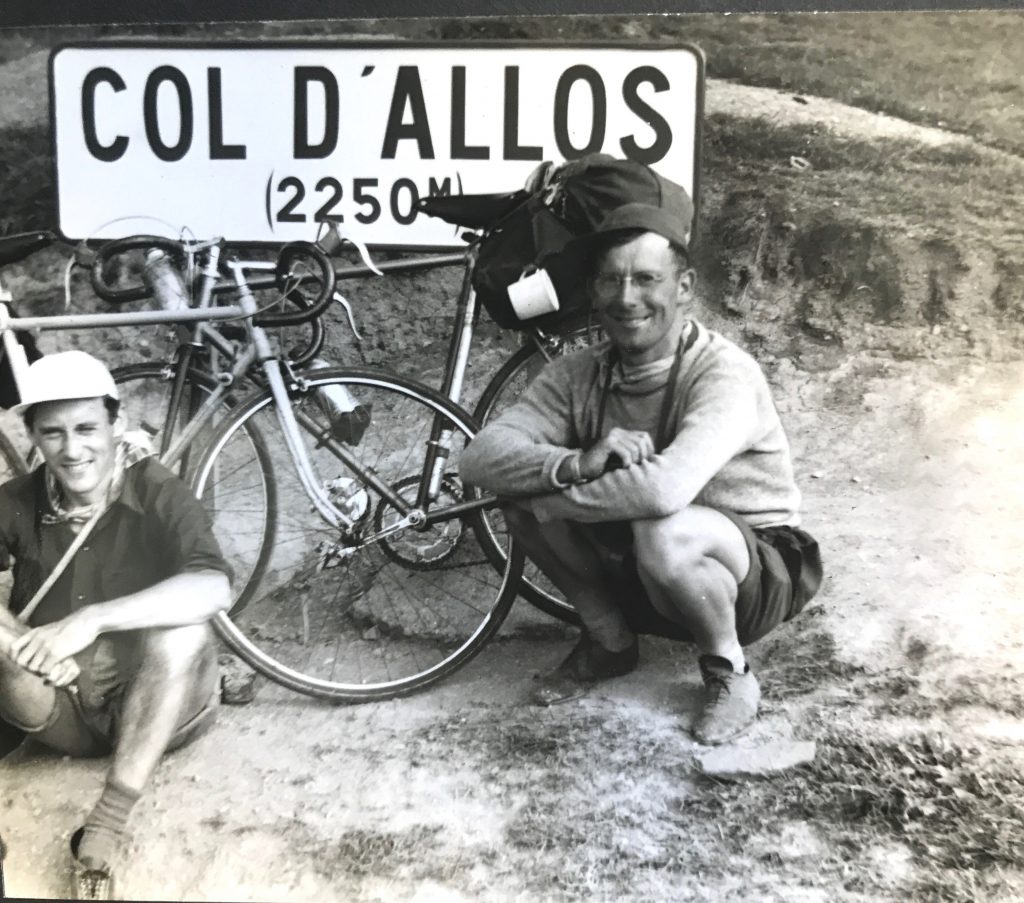 Alan gave us all the details of the original finish on the frame – Emerald Green Flamboyant, with the old style Crowther Barker crests on the head and seat tube, (his frame didn’t have a down tube transfer on it originally, just a 531 at the top of the down tube), so we’ll be following these original specifications for the respray.

We had a good time chatting to Alan, who is a fountain of knowledge on local history. (He was awarded an Honorary Masters at the University of Derby for his Engineering career and since retirement he played a key role in the project to restore Heage Windmill, the only working stone towered multi sailed windmill in England).

So we look forward to working on this lovely bike for Alan and new owner. We will keep you posted on the restoration and publish a photograph when complete! 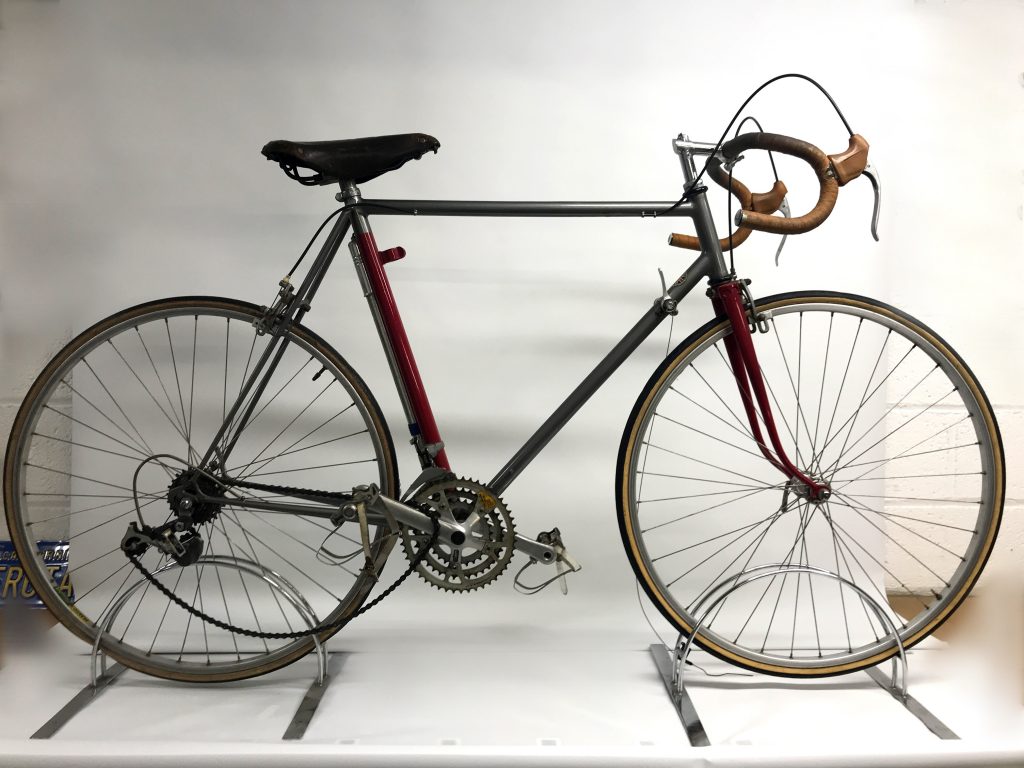 Everyone’s Going Faster On A Mercian! 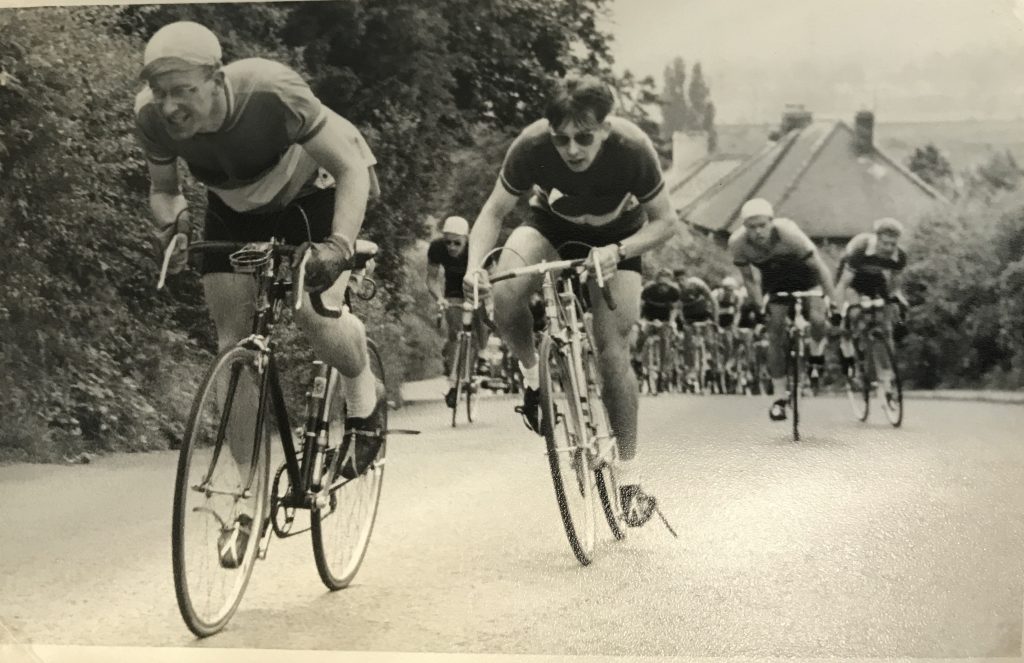