We recently had a 1960 Superlight for renovation for a customer, Tom, who was keen to have a very early 3D style Gothic transfer recreated that he’d found on various sites whilst researching early Mercians and their transfers.

The problem with recreating old transfers is the drawing / copying of them, it takes hours and therefore can be expensive for the first set to be made. We had a couple of frames in over recent years and we’d taken photographs for reference, so we copied the new transfers from our example pictures – knowing that these were authentic and correct, we’d had the frames in our workshop, plus the provenance from the frame owners meant we were copying from originals. 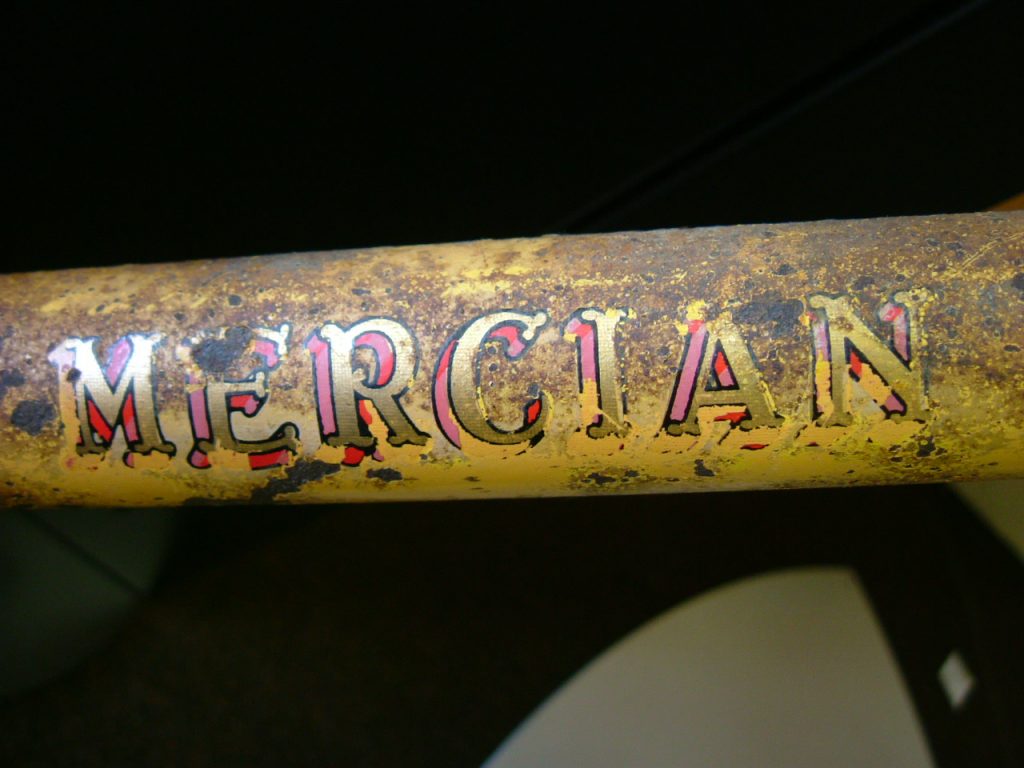 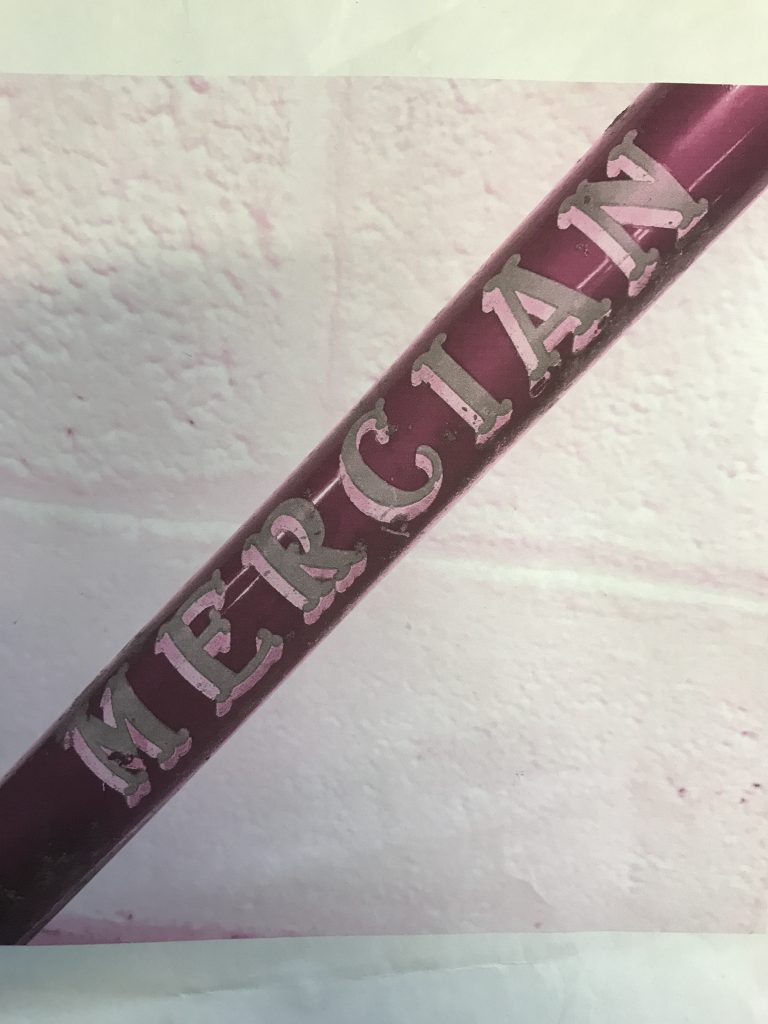 This first picture is of some really nice example transfers that were on an early Pro Lugless, (this one had Crowther Barker head and seat crests), and they look to us like Gold Leaf lettering. They also show nice examples of the pink/red shading on the old transfer.

The second picture shows a duller, more faded version of the same transfer, (maybe the gold leaf had worn off) but the second was in better shape to show the outline and shape detailing, so we used our CAD software and set about drawing and tracing. Once we had the right design we sent the artwork off to a transfer printer and the results look great. Another option for you – more difficult decisions and choices to make! 🙂

The 3D Gothic transfers are now available, made to order for your Mercian renovations (or new frames if you prefer).

We had some great older catalogues scanned sent to us by Mercian customer Jon Asher (thank you Jon), which fill in some gaps in the Mercian brochure history and we’re in the process of adding them to the website, history section, some of the pictures in the early 1950’s catalogues show this 3D style of lettering running Vertically down the down tube, instead of horizontally as normal. Keep an eye out for these additional catalogues appearing on the site soon. 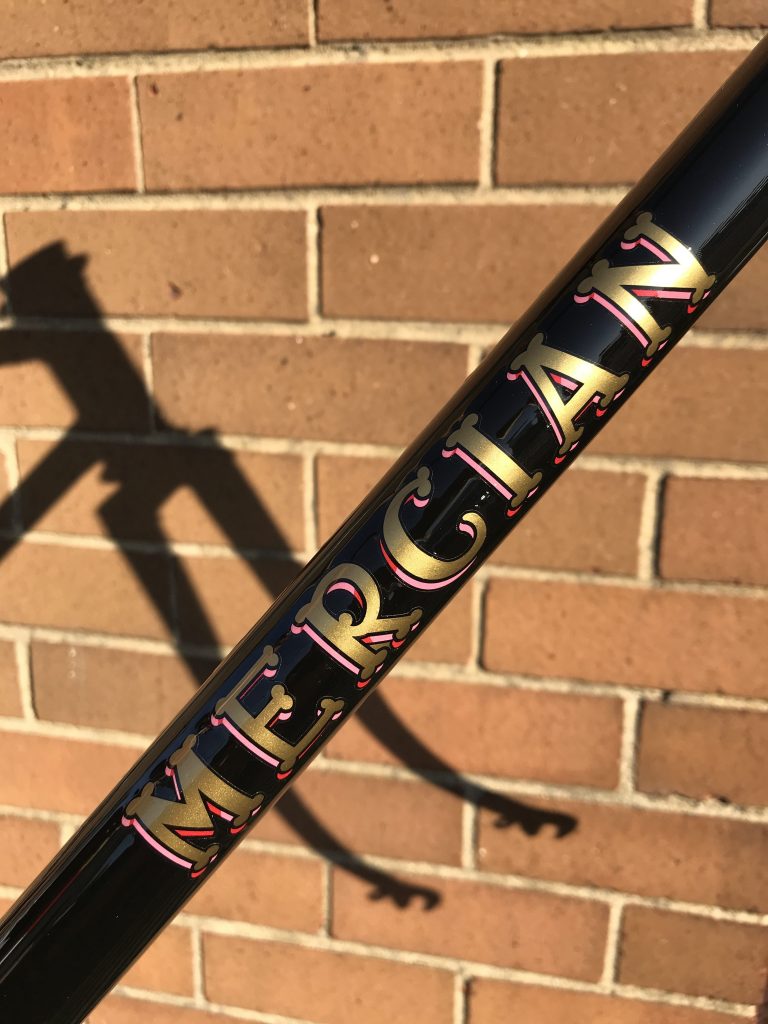 (see next Blog post for before and after pictures of the full Superlight restoration..)