Rob Vousten from Holland called in to see us today at the workshop. Rob rode the 65 mile Eroica ride around Derbyshire yesterday, but earlier he dropped in to see the original owner of the bike, Ken Orpe, in Allestree.

Rob bought the Mercian on ebay a few years ago and managed to trace the original owner Ken from his name on the top tube.

Ken remembers saving up for 3 years for the Mercian he bought in 1963, and seems to remember it was purple with gold bands when he first bought it, so he had Mercian respray it black and white as a tribute to his hero Tommy Simpson and put his name on the top tube, which he says is a good job he did because he now has ‘a Dutch friend for life!’

Rob sent us the bike from Netherlands for a respray not long ago and kept the same colour scheme. Rob had a cup of workshop tea with us before heading off to Harwich on his Mercian to catch the ferry back home.

The interview will be on Radio Derby on Tuesday 20th August between 7.15-8.15am approx.

What a great story to start the week! Thanks Rob and Ken for sharing your story and pictures with us. (and thanks also for the plug on Radio Derby, for letting everyone know what great bikes come out of Derby) 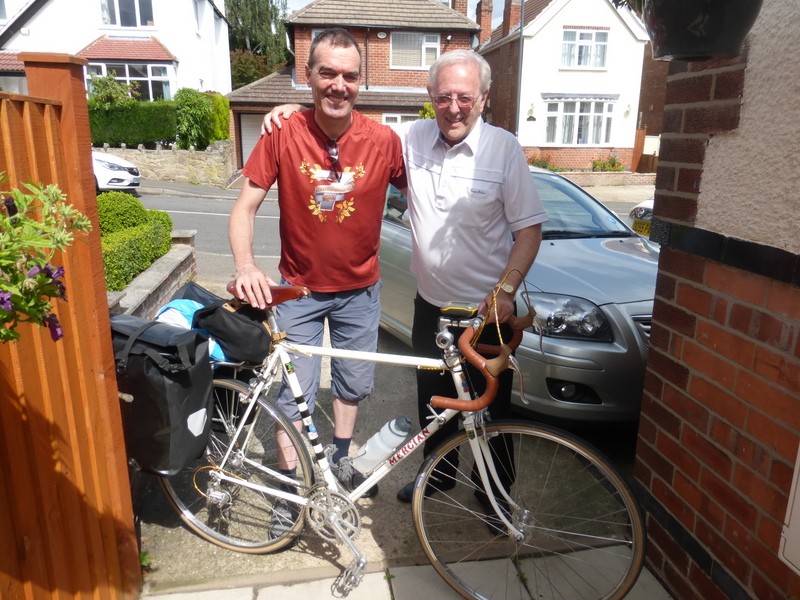 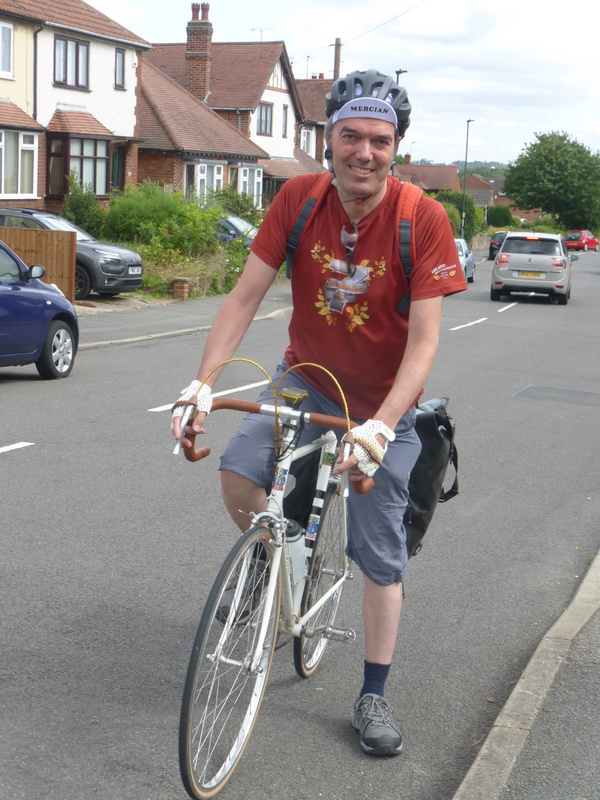 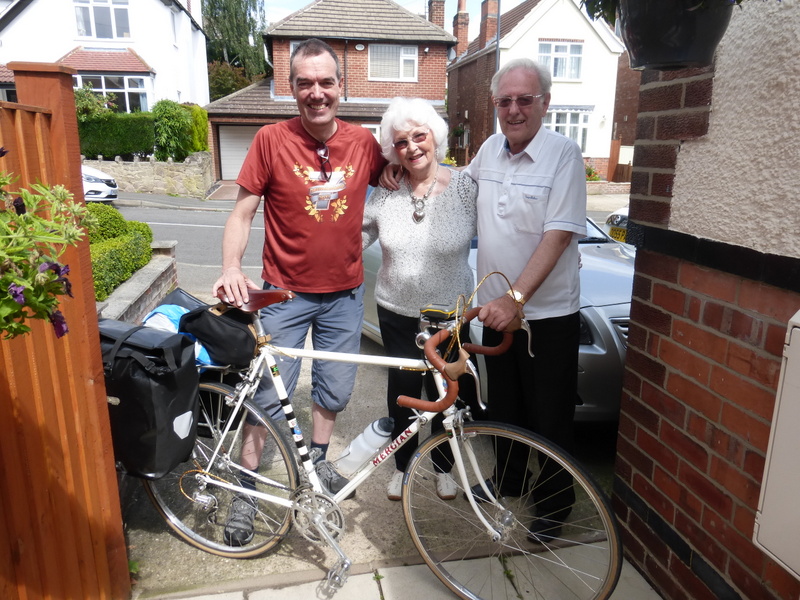 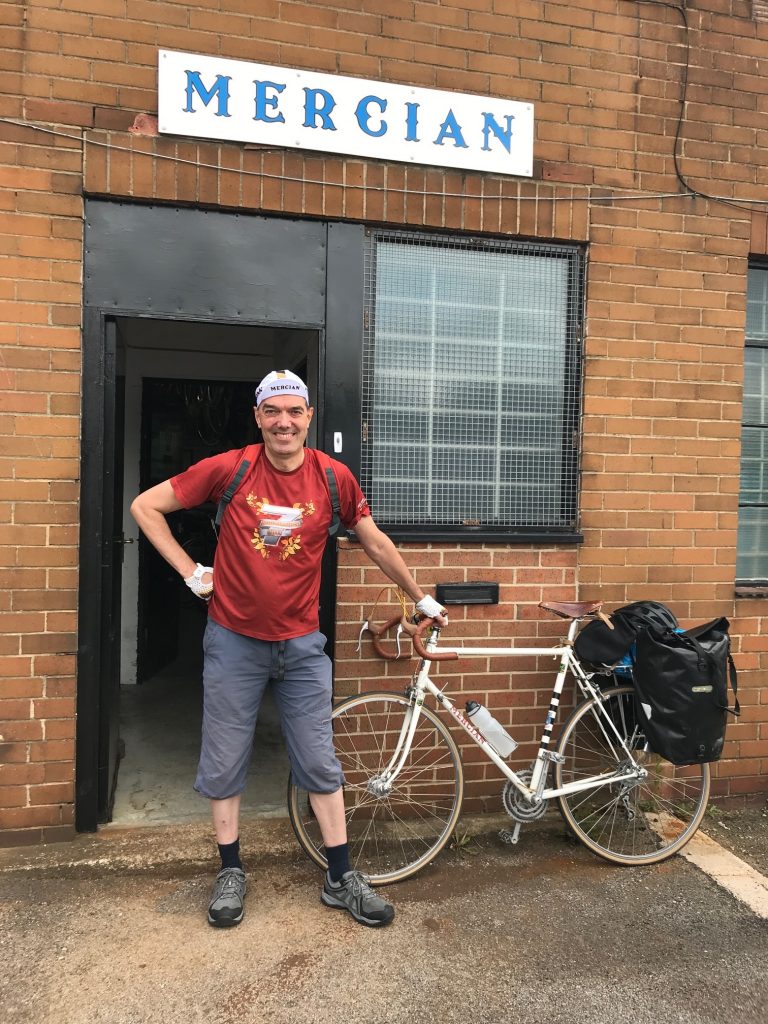