The Paul Smith tandem is now on display in Singapore after it’s initial unveiling at the Wallpaper Handmade X exhibition in Milan. This one-off build was commissioned by Paul Smith early in the year and was an honour to build.

It’s the first tandem we’ve built in a long while and to say the least it was a lot of hours and teamwork, some compatibility and deadline issues and I think we all have a few more grey hairs! but we’re all so pleased with how it turned out in the end. 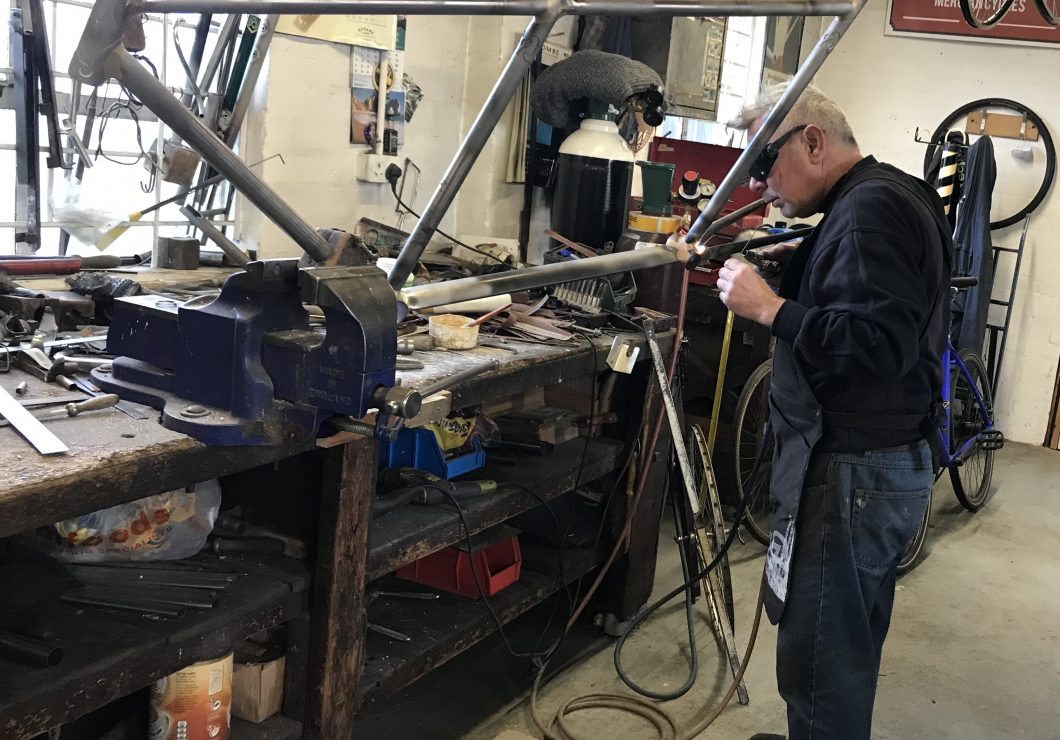 Tony working at his bench on the frame 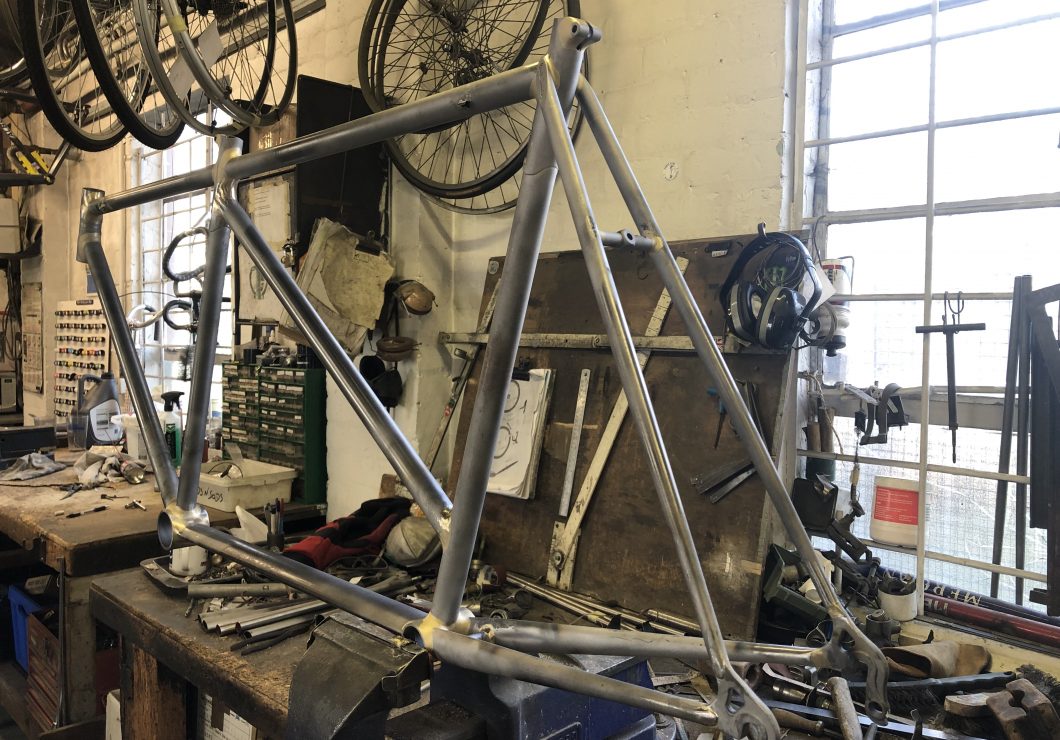 The frame is built in Reynolds 853 Pro Team oversize tubing, mainly lugless construction, but with bi-laminated lugs on the head tube and seat tubes to add strength and detail. Built with carbon Enve fork. 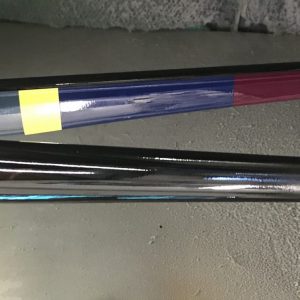 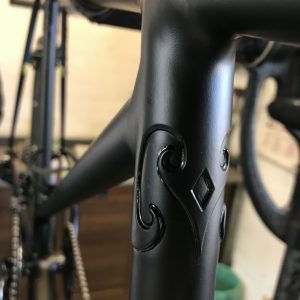 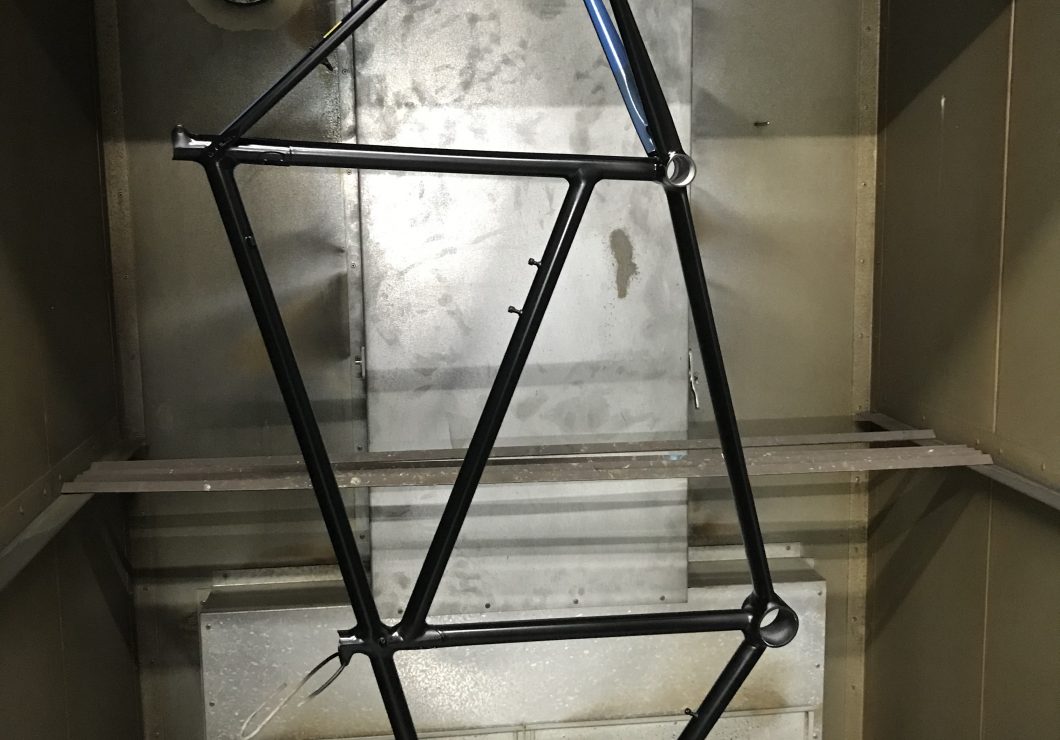 The paint finish in the photographs looks all matt black (to match Paul’s own Mercian fixed gear bike), but in fact it has colours inside the chain stays, seat stays and forks. Then the lug work and engraved top eyes have been lug lined with gloss black finish and the Mercian logos sprayed on in gloss too – all very subtle, but wow looked amazing close up. 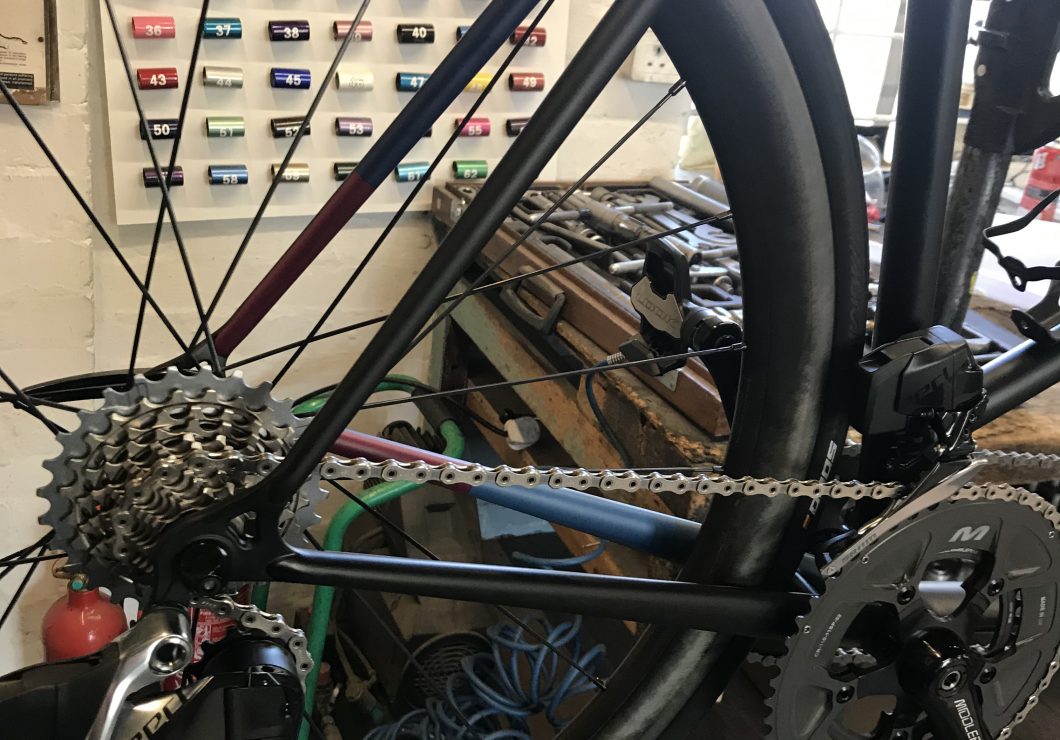 We did commission and receive a pair of beautifully built Walker Brothers wheels but unfortunately they did not make the build only due to a cassette/cassette body compatibility issue (the Sram 2×12 requires a specialist cassette body and at the time it wasn’t compatible with the wheels we’d commissioned), which is a real shame as they are lovely wheels. 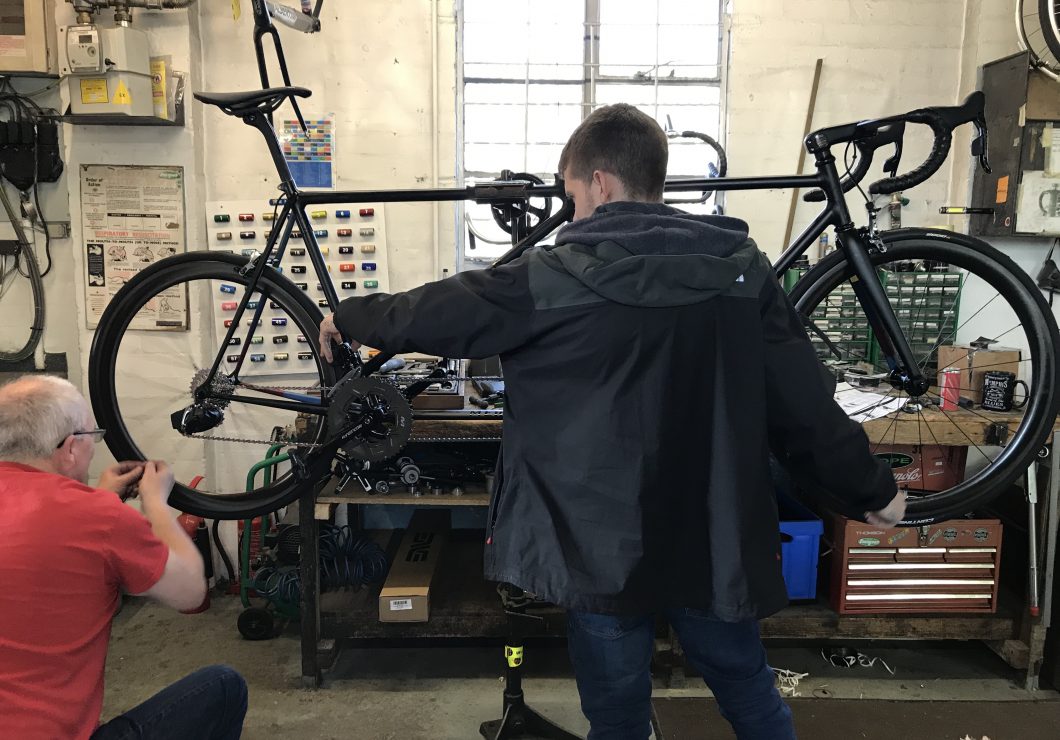 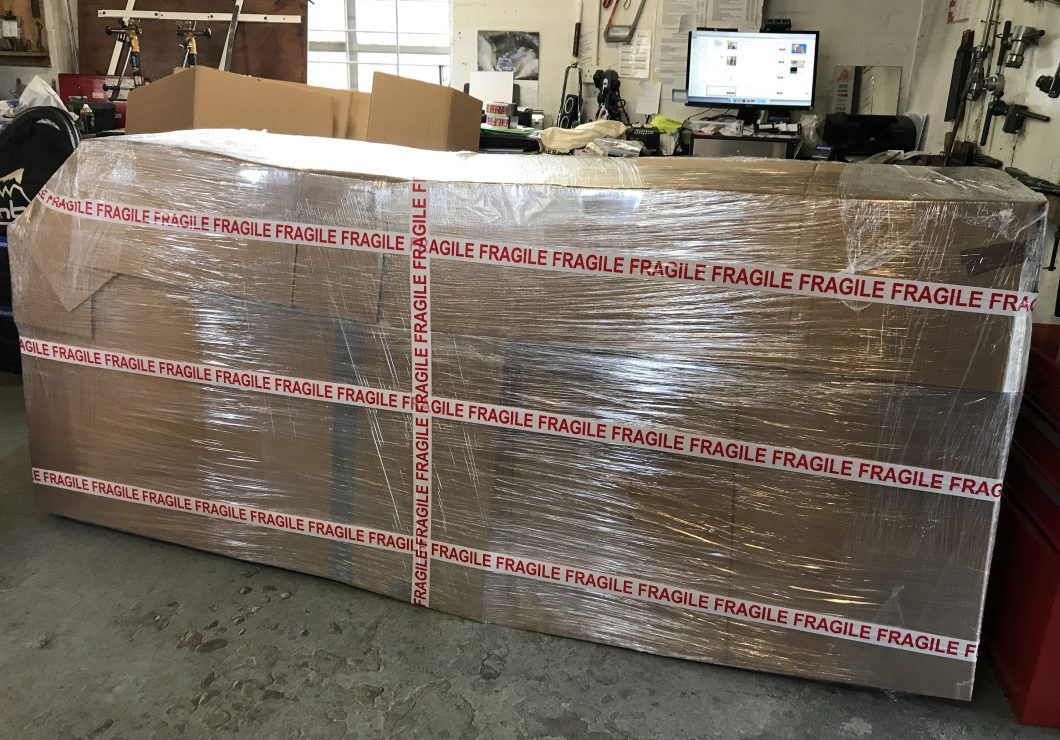 We had to keep it under wraps but a couple of people saw it before we packed it off to Milan (in probably the world’s biggest bike box constructed in the workshop), those few people who saw the finished  bike loved it, we do hope to take some better detailed photos some time. 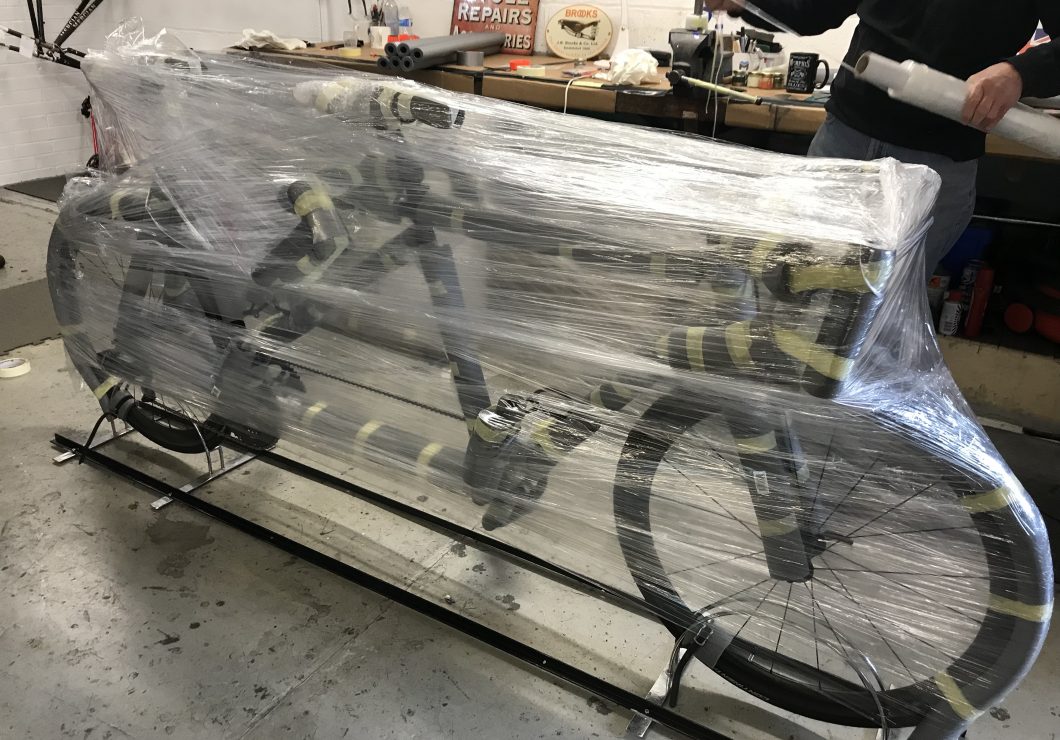 Look out for the August issue of Wallpaper Magazine where the bike will be featured.